In the clinical microbiology laboratories, microbial identification is conventionally done by phenotypic and biochemical analysis taking a few hours to several days depending on microbial species. MALDI-TOF MS technology makes generation of unique mass spectral fingerprints of microorganisms possible, which are mostly a snapshot of ribosomal proteins ideal for an accurate microbial identification at the species level.[1]MALDI-TOF MS can rapidly and accurately identify a wide range of microorganisms at a reasonable cost using only a portion or the entire colony and a drop of matrix solution.[2,3]The ability of MALDI-TOF MS to directly identify bacteria in positive blood cultures is also im-portant for the effective management of bloodstream infections.[4,5] 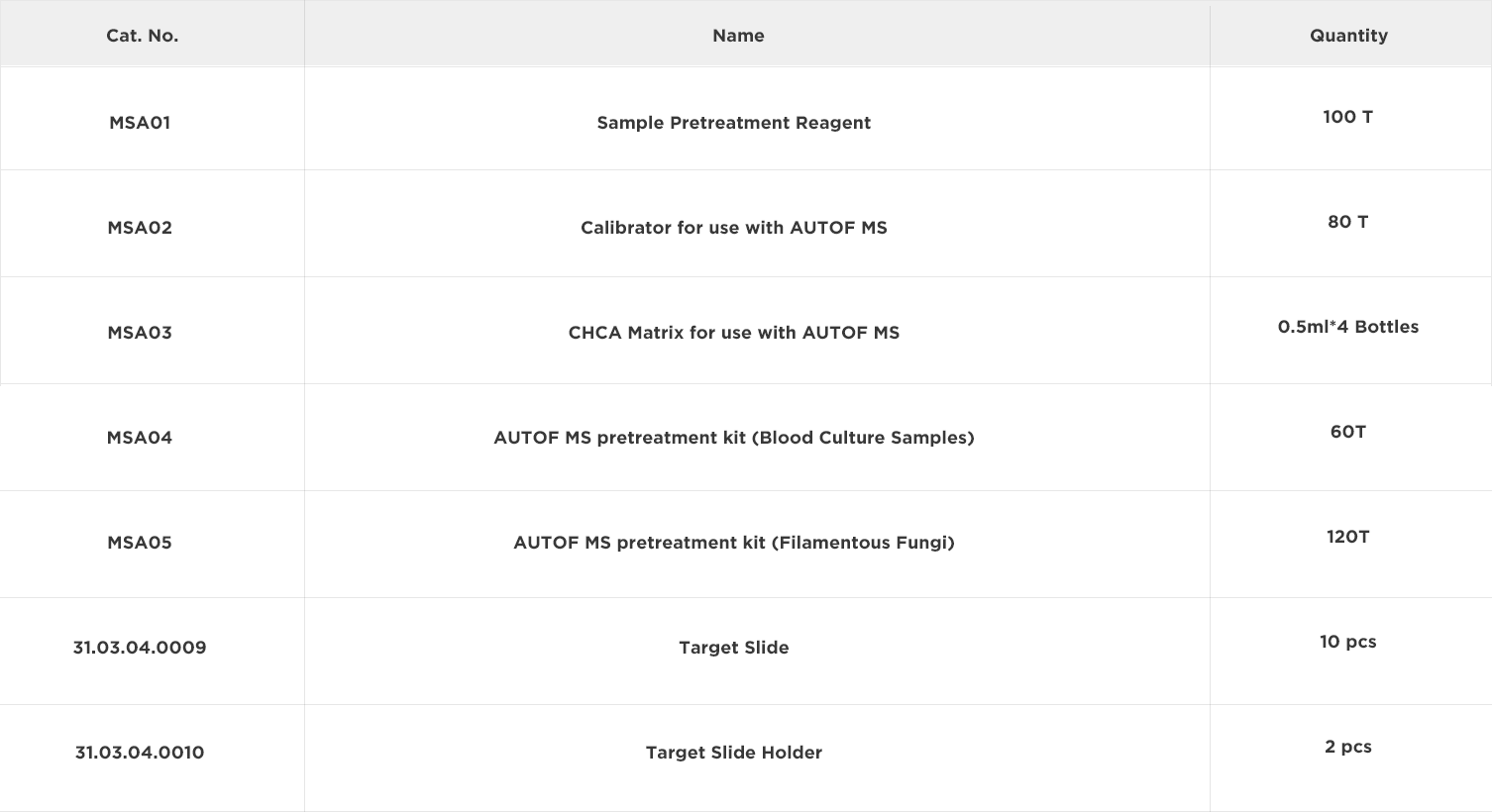 Calibrator for AUTOF MS is a reagent used for calibration of AUTOF MS. The Calibrator contains ribonuclease, myoglobin and protein extracted from E. coli, which shows typical peptide and protein peaks in MALDI TOF MS.

The Sample Pretreatment Reagent is used for pretreatment of bacteria , fungi and positive blood culture samples in the identification along with MALDI TOF MS. Lysate 1 and Lysate 2 are used to destroy the cell wall of the sample and extract the ribosomal protein. 1 µl of the matrix solution is added to the spot with the extracted protein to generate the crystal.

The AUTOF MS Pretreatment Kit (Blood Culture Samples) is a reagent used for pretreatment of microorganism in culture medium before identification. The reagent breaks the blood cells from the positive blood culture to separate and enrich microorganisms, as to acquire pathogenic bacteria proteins for analysis by AUTOF MS.