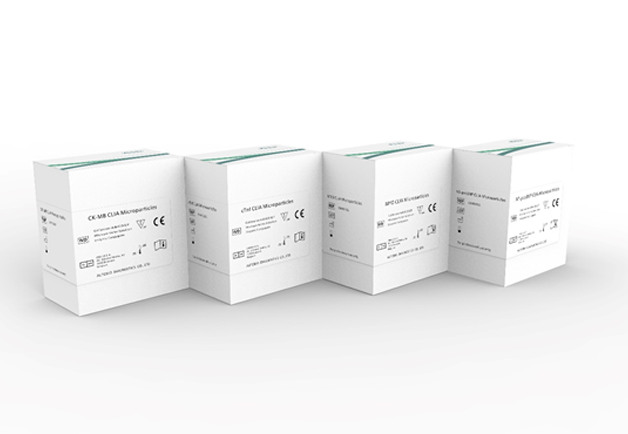 Myocardial injury markers refer to proteins and / or enzymes released into peripheral blood and detected during myocardial injury. The detection of these substances can provide hints for the clinical diagnosis, condition monitoring and risk stratification of acute myocardial infarction and other diseases with myocardial injury.

The main markers of myocardial injury were troponin T, troponin I, CK-MB and myoglobin. Troponin is composed of three subunits, which have independent structures and different regulatory effects. Cardiac troponin regulates and mediates the interaction between actin and myosin with the participation of calcium ions, so as to maintain the relaxation and contraction of myocardium. When the myocardial cell membrane is intact, cardiac troponin will not penetrate the cell membrane and enter the blood circulation. Only when the myocardial cell membrane is damaged, can troponin be released into the blood. The concentration of troponin in blood circulation is directly proportional to the procedure of myocardial damage. With half-life of up to 15 days, it is the best index for retrospective detection.

Quantitative de-termination of Creatine Kinase-MB(CK-MB) concentrationin human serum and plasma. CK-MB is acardiac marker used to assist diagnoses of an acutemyocardial infarction.It is one of the three tissue isoforms (with CK-BB and CK-MM) of creatine kinase (CK). CK-MB is made up of twosub-units (MW= 40,000 each): M sub-unit, expressed in muscle, and B sub-unit, expressed inbrain. CK-MM and CK-MB are distributed primarily in the skeletalmuscle and heart muscle, respectively, while CK-BB is pre-sent mainly in the brain and in tissues composed of smooth muscle. Following myocardial infarction the CK-MBlevel rises and reaches a peak between 18-24hrs, the increase being similar to that of the total CK activity.

Quantitative determination of Myoglobin (MYO) concentration in human serum and plasma Myoglobin is a tightly folded, globular heme-protein located in the cytoplasm of both skeletal and cardiac muscle cells. And it is an iron-and oxygen-binding protein found in the muscle tissue of vertebrates in general and in almost all mammals. It is related to hemoglobin, which is the iron-and oxygen-binding protein in blood, specifically in thered blood cells. In humans, myoglobin is only found in the bloodstream after muscle injury.

Quantitative determination of D-Dimer in human plasma D-Dimer is a degradation product of crosslinked fibrin and the elevated concentration of D-Dimer indicates increased coagulation and fibrinolytic activities. D-dimer testing is of clinical use when there is a suspicion of deep venous thrombosis (DVT) or pulmonary embolism (PE). Coagulation disorders are relatively frequently encountered among COVID-19 patients, especially among those with severe disease.