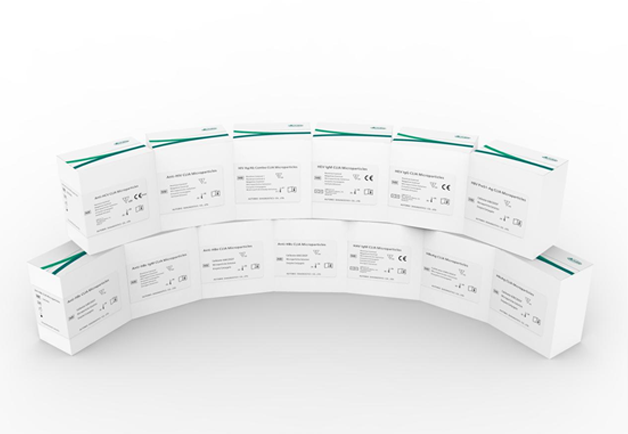 Infectious diseases are diseases that can be transmitted among people and become pandemic, which infect another person or animal species through various routes. Infectious diseases are a huge burden to the economics and healthcare around the world. The assessment of infectious diseases is usually by screening the potentially infected population. The assessment results can be used to judge the disease severity of patients and to monitor the activity of carriers, and can also be used to evaluate the effectiveness of vaccination and disease treatment, which greatly reduces the waste of medical resources. 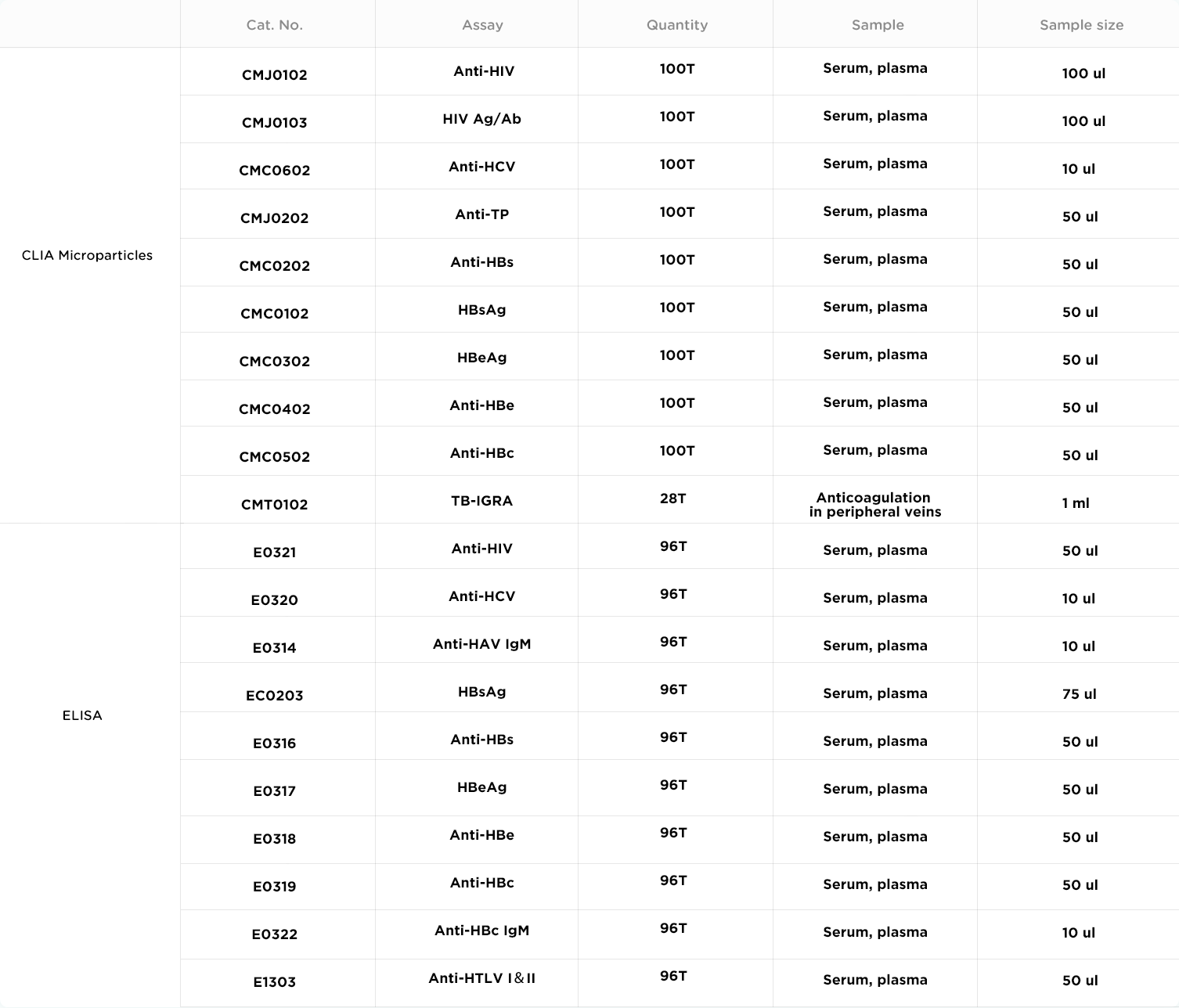 *Autobio is committed to improving the quality of products and services. The specifications and parameters of products are subject to the product manual.

Two types of HIVs, HIV-1 and HIV-2, were confirmed to be the cause of Acquired Immune Deficiency Syndrome (AIDS). HIV is a type of retrovirus, which is spread mainly by having sex, being exposed to blood or blood products, and mother-to-child transmission. Antibodies against HIV can be detected in both AIDS patients and asymptomatic HIV-infected individuals. AIDS is an infectious disease that is widely spread all over the world, which is extremely harmful to human health.In 2012, about 35 million people around the world carried HIV, which included ~17 million males and 16 million females. About 3 million of them were under 15 years old.

Syphilis is a chronic and systemic sexually-transmitted disease that is caused by treponema pallidum (TP) infection. It is spread mainly by having sex, mother-to-child transmission and exposure to blood. It is highly harmful to human health, which can basically damage all human tissues and organs. Syphilis during pregnancy can also result in premature birth, miscarriage, death and congenital syphilis.

It is a chronic infectious disease caused by mycobacterium tuberculosis infection, which can occur in humans at all ages, primarily in individuals with low immunity.It is spread mainly by droplet transmission. Tuberculosis is a very ancient disease;yet, nowadays it still remains highly threatening to human health, and causes significant public health issues.It is one of the top 10 worldwide leading causes of death.In 2018, about 10 million patients were newly diagnosed with tuberculosis.

Human T-lymphotropic viruses (HTLV) were the first discovered human retroviruses – which was in late 1970s.It includes two types: Type I and Type II, which are respectively the pathogens of adult T-cell leukemia and lymphoma.Ankylosing lower limb paralysis is a Type II syndrome of HTLV-1 infection. HTLV-1 is spread mainly by blood transfusion, injection and having sex, and can also undergo vertical transmission through placenta, birth canal and breast-feeding.

Hepatitis A is an infectious disease caused by hepatitis A virus (HAV), which induces the inflammation of liver. It is spread mainly through the fecal-oral route. Its main clinical symptoms include tiredness, loss of appetite, liver swelling and liver dysfunction. Jaundice is also observed in certain patients. The primary manifestation of Hepatitis A is acute hepatitis. Many HAV-infected individuals remain asymptomatic. Hepatitis A can occur in human of all ages, but primarily in children and teenagers. Hepatitis A would generally induce more severe clinical symptoms in adults than in children.

Hepatitis B is caused by Hepatitis B virus (HBV) infection.Its primary sources of infection are Hepatitis B patients and HBV carriers.HBV is spread via mother-to-child transmission, being exposed to blood and blood products, contact with injured skin and mucous membrane, as well as having sex. Due to variations in the virus, host and also the environment, HBV infection may have varied results and induce varied clinical types in different individuals.

Hepatitis C is a type of viral hepatitis caused by Hepatitis C virus (HCV) infection, which is primarily spread via blood transfusion, injection and drug abuse. According to WHO's statistics, the global infection rate of Hepatitis C is ~3%, meaning that about 180 million people around the world are currently infected with this disease. Each year, ~35,000 new Hepatitis C patients are diagnosed. Hepatitis C is gradually becoming a global pandemic. It can result in chronic inflammation, necrosis and fibrosis of the liver. A portion of Hepatitis C patients develop liver cirrhosis and even hepatocellular carcinoma, which greatly threaten their health and life. Hepatitis C has become a serious social and public health problem.

[2]. Centers for Disease Control and Prevention. (2003).Guidelines for laboratory testing and result reporting of antibody to hepatitis C virus.MMWR,52(RR-3)：l-15.