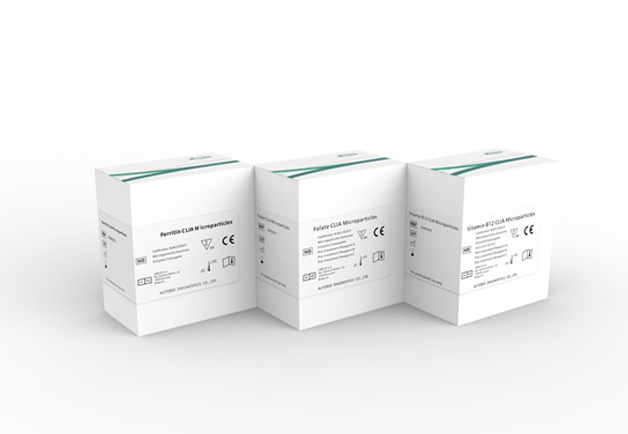 Anemia is a common clinical symptom that the volume of peripheral red blood cells decreases and is lower than the lower limit of the normal range. The earliest symptoms of anemia include dizziness, fatigue and drowsiness, whereas the most common and noticeable physical sign is facial paleness. The severity of these symptoms depends on the rate and intensity of anemia as well as the body's compensatory capacity. Anemia affects the function of the nervous, digestive and also respiratory systems.

Folate is a type of water soluble vitamin. After being absorbed by the human body, folate exists in the tissues of intestinal wall, liver and bone marrow, etc. It can be reduced by folate reductase - a process that also requires NADPH - into its bioactive form, tetrahydrofolic acid, which then participates in the synthesis of purines and pyrimidine. Therefore, folate is important to protein synthesis, and also plays a critical role in the process of cell division and growth. In addition, folate facilitates the development of healthy red blood cells. A lack of folate could induce the reduction of hemoglobin production in red blood cells and inhibit cell maturation, which in turn results in megaloblastic anemia, particularly in pregnant women and infants.

Vitamin B12 is also named cobalamin, which is a water soluble vitamin that participates in the metabolic activities of all human cells. The primary food source of Vitamin B12 is meat, while among plants, it is also contained by soybeans and certain herbs. Vitamin B12 can be synthesized by gut microbiota, and thus normally would not be deficient in the human body. However, it is often deficient in patients with gastrointestinal diseases. Vitamin B12 is also an indispensable element in red blood cell production. A severe lack of Vitamin B12 can lead to pernicious anemia. Vitamin B12 deficiency is usually related to chronic gastritis, which may induce a Vitamin B12-malabsorption autoimmune syndrome called pernicious anemia, as well as a Vitamin B12-malabsorption syndrome that is associated with low food acceptability. Vitamin B12 deficiency can result in megaloblastic anemia and nervous system diseases as well.

Ferritin is a type of iron-storing protein widely found in animals and plants, and most abundant in the liver and spleen of mammals. Ferritin is widely distributed in the bone marrow, liver, spleen and other systems, and provides iron for the body to synthesize iron-containing substances and promotes normal body function. Globally, the most important factor leading to anemia is iron-deficiency (ID), which is believed to account for about half of the total anemia. Ferritin is an important indicator for iron deficiency anemia.